On IIS, the validation file uploading starts by locating the Explore button in the IIS panel: 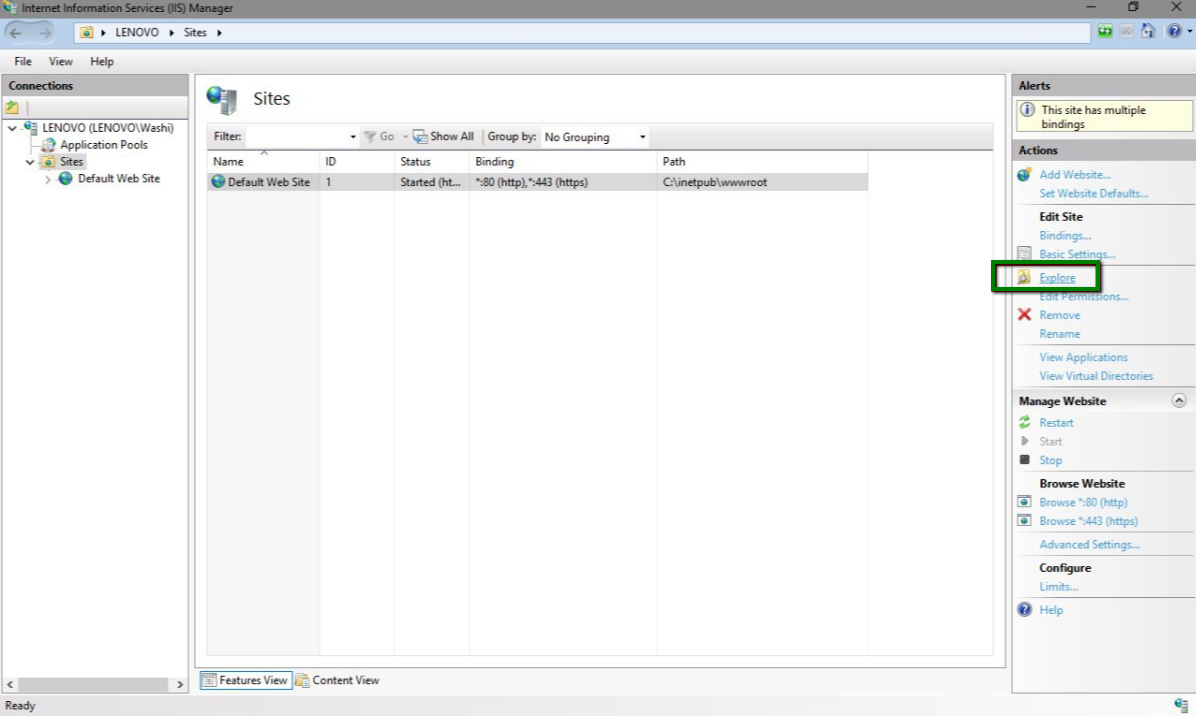 When clicked, this button opens the File Explorer window, allowing you to create and manage files and folders.

The path to the document root folder for the website on IIS is C:\\inetpub\wwwroot\.

In this step, you’ll notice that it does not seem possible to create a ‘.well-known’ folder with the dot at the beginning.

However, you can try a couple of workarounds to make this folder.

1. First, try creating the ‘.well-known.’ folder with the second dot at the end. In this case, the second dot will be removed automatically by IIS, and the exact needed folder will be created. 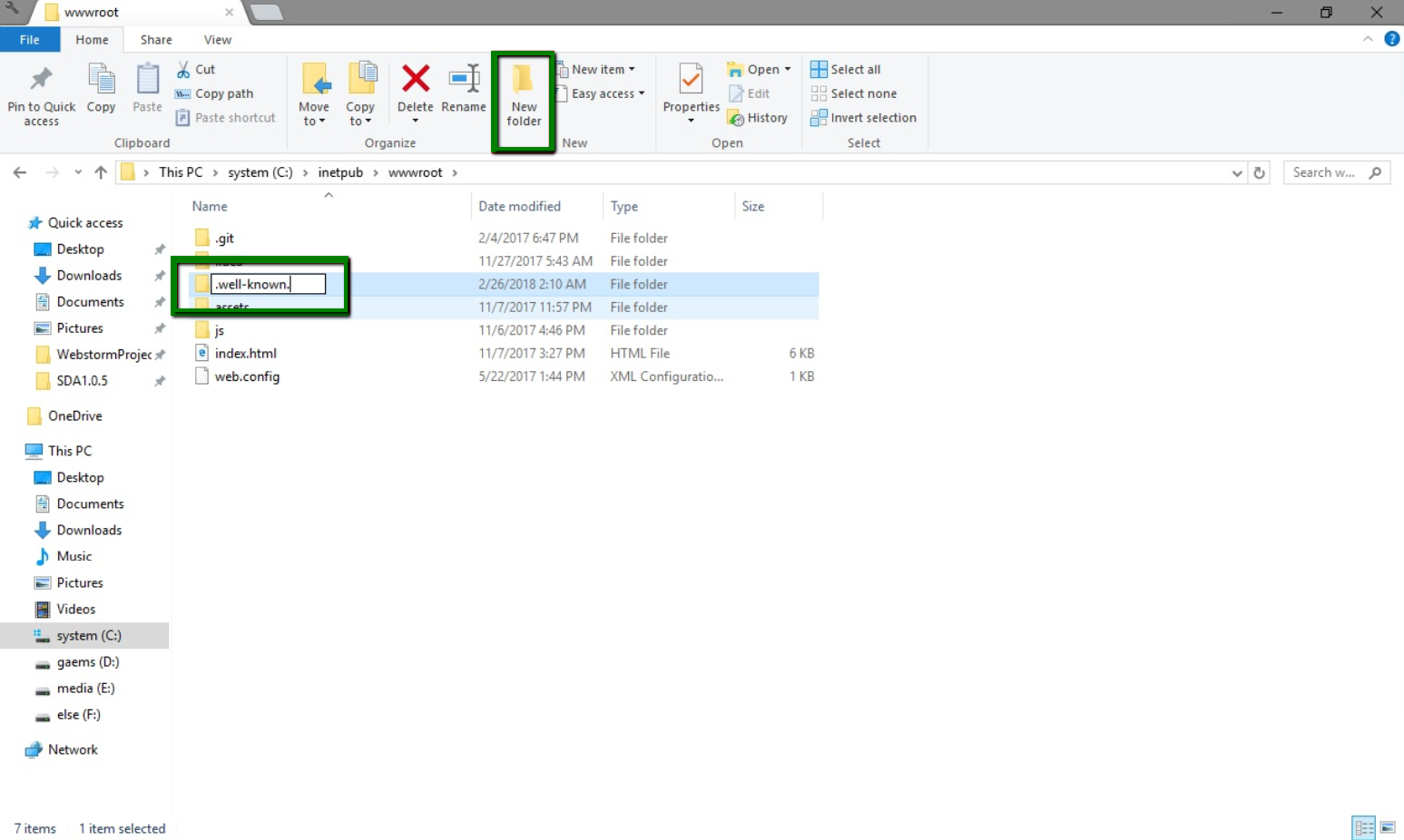 2. The other way to create the folder starting with dot is to open a command prompt (for Windows 7 or older - Start > Run > ‘cmd’ > OK; for Windows 8 and newer - Search > ‘cmd’ > OK), navigate to the document root folder (using the cd command) and enter the following line:

Once the .well-known’ folder is created, you’ll need to create the ‘pki-validation’ folder inside of it and then upload the validation file.

Just drag and drop it from the other Explorer window with the downloaded file inside it. 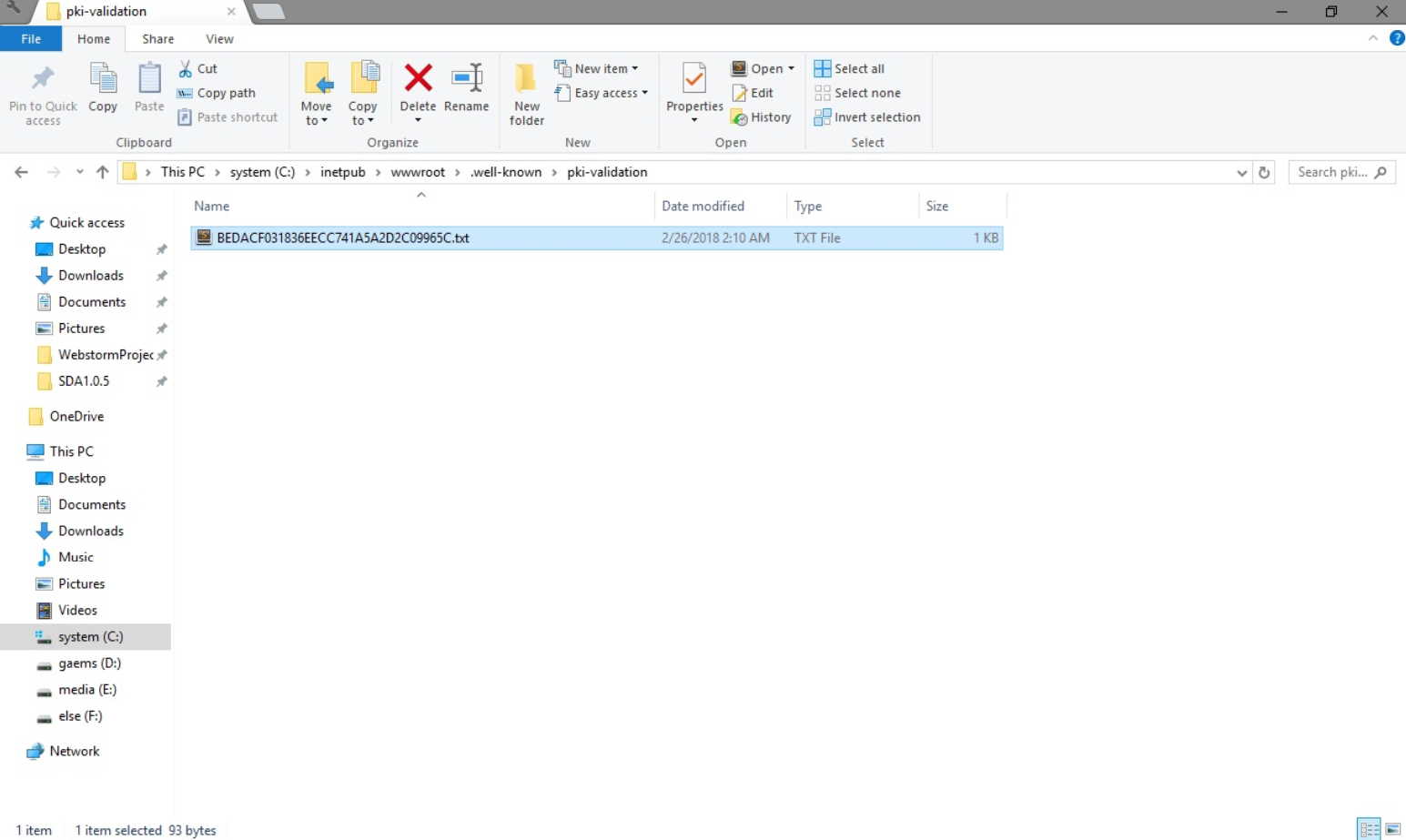 As a result, the file should be accessible on the localhost path as shown there:

Added to your cart: